Recently, a cryptocurrency with the same name as the new crown virus strain "Omi Keron" was suddenly hyped, and the price increased 10 times in a few days.

After the outbreak of the "Omi Keron" strain, the prices of various financial assets plummeted, and Bitcoin failed to escape the sharp decline. However, this small market capitalization cryptocurrency of the same name suddenly soared for no reason, which shows that the cryptocurrency market is full of irrational hype.

It is worth noting that on the 29th, this cryptocurrency suddenly crashed 76% within one hour, which can not help but recall the "tragedy" of the value of "Squid Coin" after it soared by 2,300 times. These cases remind us that no matter how attractive the increase is, investors must not forget the risks faced by cryptocurrency investment.

A flash crash after a 10-fold increase in two days

According to China-Singapore Jingwei, on November 26 local time, the WHO issued a statement that the new coronavirus mutant strain B.1.1.529 was listed as a “mutant strain requiring attention” and named it “Omicron (Omicron)” ".

Subsequently, a cryptocurrency of the same name called "Omi Keron" skyrocketed. According to CoinMarketCap data, the cryptocurrency directly rushed from around $67/coin to $700/coin within two days, but shortly after reaching the high point, the "flash crash" mode was activated and once fell below $200/coin. As of press time, the "Omi Keron" cryptocurrency is hovering around $300 per coin.

According to media reports, public information shows that "Omicron" is described as a "decentralized treasury-backed currency protocol" based on the expansion technology of Ethereum, Arbitrum, and its birth predates the naming of the "Omicron" strain. 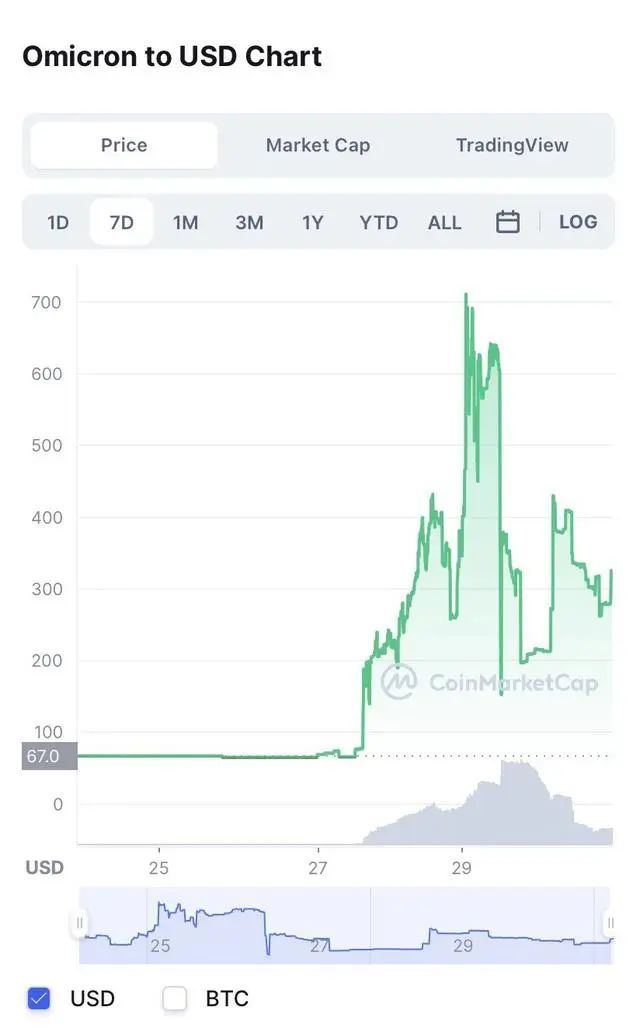 The value is cleared after a surge of 2300 times

Earlier, after Netflix's online drama "Squid Game" exploded, the virtual currency market gave birth to a "Squid Coin" (SQUID) named after the brand. After the currency was released, it started a skyrocketing mode. The highest increase in the past week reached 2,300 times, and the currency price reached an astonishing $2861.8 (about 18,309 yuan).

However, on November 1st, Eastern Time, Squid Coin suddenly crashed, falling from US$2,861 per coin to US$0.0007 within 5 minutes, a decrease of 99.999976%. According to data from the blockchain tracking and analysis platform BscScan, about 40,000 people still hold the virtual currency after the flash crash. 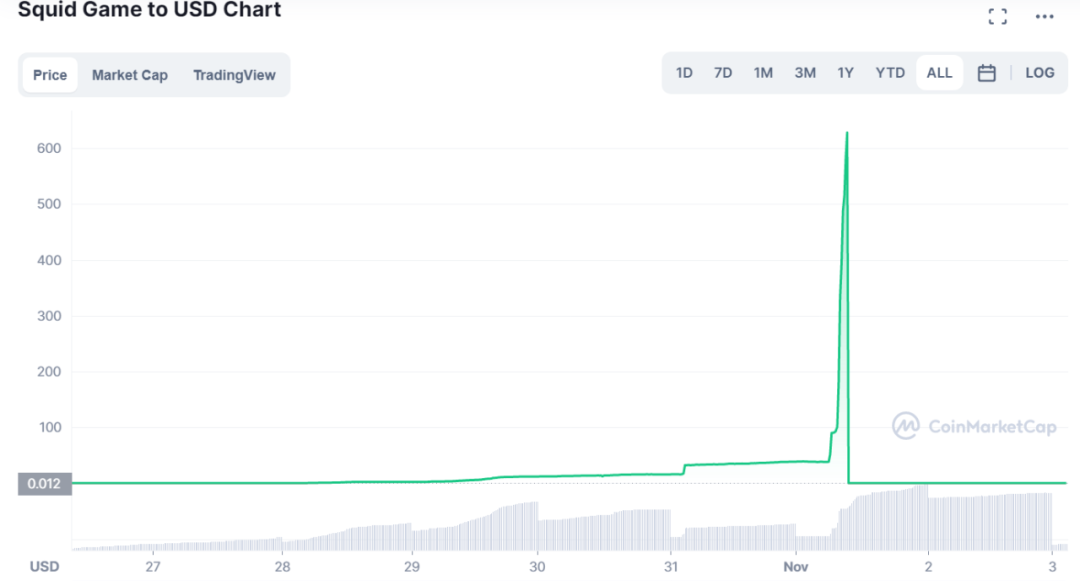 At present, the website of this coin has been offline, and the social media accounts associated with it have been suspended for updating, and its Twitter account has also refused to accept direct messages (DM). According to CoinMarketCap editor Yousra Anwar, developers who spoof cryptocurrency generally do not disclose their identities. Therefore, once investors are aware of the unusual movement of funds, these developers can escape the supervision and scrutiny of various countries.

In addition, according to media reports, the issuer of the project has now run away with money, and investors have lost at least US$2.1 million. Analysis shows that the founder of the project used the TornadoCash protocol to hide transaction details, thereby transferring funds and cashing out equivalent Binance Coin (BNB). The address has now been marked as "involved in a scam."

Disclaimer: The pictures are from the Internet,
if there is any infringement, please contact to delete.
share
 
 
Related tags
Cryptocurrency Omi Keron
Related articles