Can't bear it, unblock it with illness!

However, although the goal has not been achieved, Ho Chi Minh City still announced the gradual relaxation of control and control from the 16th, in preparation for the unblocking.

Since the end of August, the Vietnamese government has gradually abandoned its previous "zero-clearing" epidemic prevention policy and turned to "cautious coexistence with the virus."

At present, Ho Chi Minh City has been closed for more than 100 days. The local government admitted that the long-term lockdown has put tremendous pressure on people's lives and the city's economy. Under the influence of the "Delta" variant, Vietnam has gradually realized the reality and made difficult trade-offs between the "model students" in fighting the epidemic and the economy. 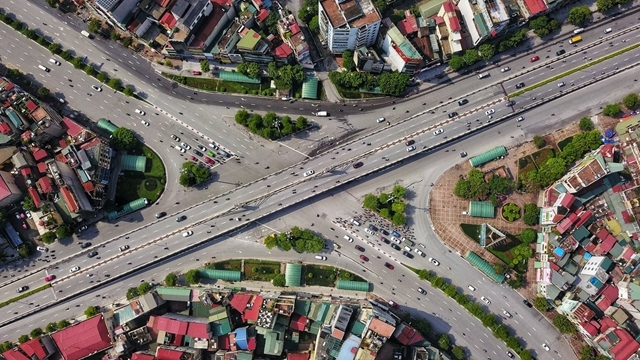 A reporter from China Business News found that not only Vietnam, but almost all Southeast Asian countries during August and September clearly expressed the view that “zeroing” is difficult and adjustment strategies may be the way of life in the future. And just in August, the International Red Cross stated that the death rate from the new crown in Southeast Asian countries is the highest in the world.

In an interview with a reporter from China Business News, Zhou Shixin, an associate researcher at the Asia-Pacific Research Center of the Shanghai Institute of International Studies, said that under the invasion of the "Delta" variant, Southeast Asian countries’ confidence in epidemic prevention has been greatly reduced. .

He said that the main reason is that the control measures have caused great difficulties to the economies of Southeast Asian countries, and at the same time have caused a huge impact on the international industrial chain. The international community also expects them to lift the blockade as soon as possible and resume work in a timely manner.

Fighting the virus: adapting to the pandemic

In order to achieve the goal, Ho Chi Minh City is not without efforts, and it has also done everything possible. On August 23, the Vietnamese government deployed troops on the streets of Ho Chi Minh City to assist the local area in implementing more stringent "city closure" measures. All citizens are at home, and only a few specific groups of people, such as epidemic prevention personnel and police officers, are allowed to go out.

However, even if the blockade is so severe, the number of new cases in Vietnam, including Ho Chi Minh City, has not dropped significantly in a single day, which makes people doubt whether the blockade policy is still effective in Vietnam.

On August 29th, Vietnamese Prime Minister Fan Myung-chung was the first to speak out when he held a meeting with leaders of more than 20 provinces and cities that were closing the city to fight the epidemic. He said that the battle against the new crown virus is a long one, and a plan to "coexist with it" needs to be developed.

On September 1, he made it clearer that the blockade cannot last forever. Vietnam’s anti-epidemic goal should be to “adapt” to the pandemic and reduce the infection rate and death rate through extensive vaccination and drug treatment. After that, he asked relevant agencies to formulate plans for economic recovery and social adjustment based on this guiding ideology.

In recent years, with the transfer of industries, many multinational companies have moved their production lines to Vietnam, which has boosted Vietnam’s manufacturing industry and the overall economy. Especially in 2020, Vietnam has managed to contain the epidemic uniquely in Southeast Asia, and has absorbed more new foreign investment.

However, this round of the epidemic has precisely hit Vietnam's manufacturing industry. 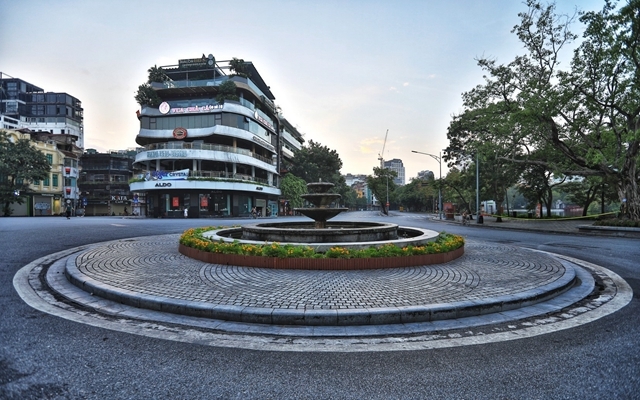 The epidemic first broke out in big cities and industrial parks, affecting the supply chain and exports, making Vietnam face many challenges in achieving the 6.5% economic growth target this year. For this reason, Vietnam has innovatively proposed the "three-site" strategy, namely, on-site production, on-site dining, and on-site accommodation, hoping to avoid the company's suspension of production.

However, the "three locales" can only be emergency. Over time, it will encounter difficulties such as rising costs, reduced production capacity, and shortage of manpower, and it will not be possible to complete production tasks with quality and quantity. In the end, many international brands were forced to abandon Vietnam and find other backup suppliers to avoid the dilemma of lack of stock during the Christmas sales season at the end of the year.

Seeing that the industrial chain that has been won over the years is about to break, Vietnam is determined to unblock it "with disease".

However, Vietnam is not the first country in the region to explicitly propose to coexist with the new crown. As early as June this year, the Singaporean government planned to implement a policy of coexistence with the new crown virus. The three co-chairs of the country’s anti-epidemic working group wrote in the media: “It is possible to live with the new crown and live as usual. In other words, the new crown is likely to become an endemic epidemic. This means that the new crown will Continue to mutate and survive in the community."

But since then, due to the "Delta" mutant strain raging in Southeast Asia, Singapore had to tighten epidemic prevention measures again. However, Singapore has not given up this policy. Minister of Trade and Industry Yan Jinyong said that Singapore is still on the right track and this is just a "roadblock" to the ultimate goal.

Zhou Shixin told CBN reporters that Singapore was the first to ask questions in Southeast Asia because of its small population base, relatively complete medical facilities, and high vaccination rate. It has reached the basic requirements for herd immunity, even if there is a new wave of epidemics. It’s hard to break the bones anymore.

However, he believes that the Singapore ship is easy to turn around, even if it "takes the wrong path, it can still turn back, which is unmatched by other countries."

Stress transmission: talk about how to fight the epidemic if you don’t have enough food

Indonesian President Joko Widodo said in a speech on September 7: "We must convey to everyone that the new crown pneumonia epidemic cannot completely disappear." He said that the new crown epidemic can only be controlled, but it will not completely disappear from Indonesia. But if people relax their vigilance, the number of newly confirmed cases may increase again. The Indonesian Ministry of Health estimates that the number of new crown patients in the country will reach 1.9 million in 2022. If there are new variants, the number of confirmed cases may be 3.9 million.

As the epidemic slowed down the pace of Indonesia's economic recovery, the latest poll results released by the Indonesian polling agency at the end of August showed that Joko's support rate fell to a five-year low, with a support rate of 59%. Correspondingly, in April and July 2020, Joko’s approval rate was 64% and 65%, respectively; from February 2019 to February 2020, Joko’s approval rate remained stable at 70%.

Zhou Shixin told CBN reporters that in addition to the economic impact of Southeast Asian countries, the epidemic has also affected the political stability of many countries. He said that if Joko's prestige was high before the epidemic, and he declined after the epidemic, if things go on like this, even Indonesia's ambitious capital relocation plan may fail.

Zhou Shixin also believes that since most Southeast Asian countries are in tropical regions and many epidemics are prone to occur in the past, the social and psychological tolerance of the new crown is higher than outsiders think.

The same situation occurred in Thailand. On August 31, Thai opposition lawmakers filed a no-confidence bill with Prime Minister Prayut and five ministers in Parliament for reasons such as ineffective response to the new crown epidemic. However, after four days of intense debate, it was ultimately not passed.

The epidemic has severely suppressed Thailand's economic growth. In 2020, Thailand's economy has shrunk by 6.1%, the worst performance in more than 20 years. Since the beginning of this year, Thailand has lowered its economic growth forecast three times, and the latest figure is 1.2%. Against this background, the Thai government is currently pursuing the practice of "opening up the economy while fighting the epidemic."

The Thai economy is heavily dependent on tourism. After the epidemic, the Thai government has repeatedly tried to open several tourist attractions to restore the domestic economy and tourism as soon as possible. 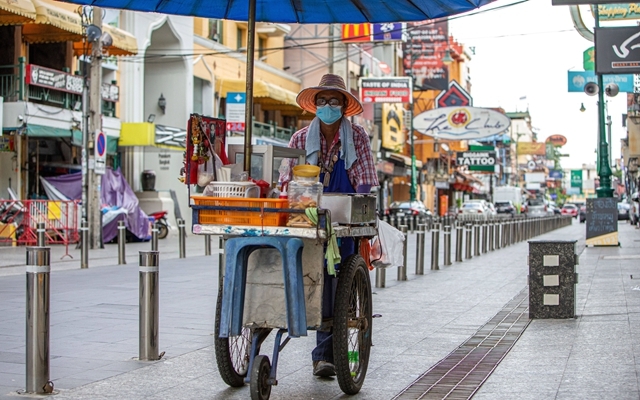 This plan finally came into effect in the second half of the year. Since July, Thailand has successively launched the "Phuket Sandbox Project" and the "Samui Island+" pilot program, allowing foreign travelers who have completed vaccination to enter the above-mentioned under certain conditions. Two islands. As of the end of August, these two programs attracted 26,400 and 918 tourists, respectively.

Thailand's tourism management department plans to further relax restrictions on inbound foreign tourists from October 1st, and implement the "sandbox plan" in more areas, that is, the plan for exempting inbound tourism. Although this move can restore Thailand's tourism industry, which is on the verge of bankruptcy, it also brings the risk of importing and spreading the epidemic.

In response to this question, Prayut stated in mid-June that Thailand, like other countries in the world, must, while strictly preventing and controlling the epidemic, return to normal social order and people’s lives as soon as possible.

Disclaimer: The pictures are from the Internet,
if there is any infringement, please contact to delete.
share
 
 
Related tags
Industry Chain Southeast Asia
Related articles