Last week, a news that the chairman of the U.S. local Federal Reserve will liquidate personal holdings sparked heated discussions in the market.

Boston Fed Chairman Eric Rosengren and Dallas Fed Chairman Robert Kaplan will liquidate all stocks held by individuals before September 30 and use the money for passive investment.

As soon as the news came out, even though the two Fed presidents both stated that they had complied with the Federal Reserve's ethical rules, "ethical conflicts" still became the focus of heated discussions. After all, in a veteran financial market, the remarks of senior Federal Reserve officials can stir the trend of US stocks at any time. In addition to ethical issues, the market also questioned whether their stock trading behavior was legal?

Having worked for the US Securities Regulatory Commission for many years, Jacob Frenkel, the current chairman of the government investigation and securities enforcement business of Dickinson Wright Law Firm, said in an exclusive interview with a reporter from China Business News on September 14 that the two The Fed Chairman’s approach is permitted by law.

Frenkel pointed out that US law allows the chairman of the Federal Reserve to own stocks, which is the same as that of US congressmen and even those who work in the US Securities Regulatory Commission.

He said that the real challenge is whether the information obtained by these people in important positions in the US government will affect their investment decisions. 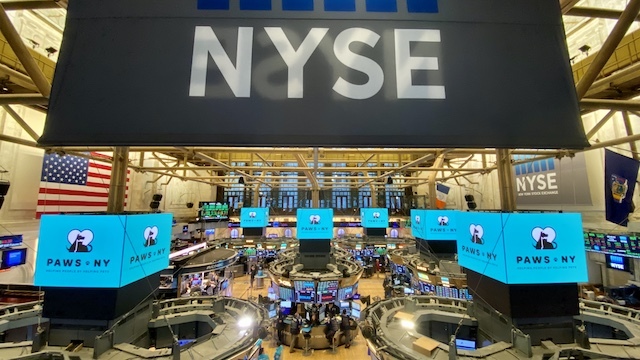 According to the disclosed documents, Dallas Fed President Kaplan conducted at least US$18 million in stock trading last year, involving Apple, Amazon, Marathon Crude Oil, Delta Air Lines, etc., and his personal investment account held 27 at the end of 2020. stock. At the same time, these transactions have been reviewed by the Dallas Federal Reserve's general counsel.

Rosengren, chairman of the Boston Federal Reserve Bank, holds shares in four real estate investment trusts and has multiple transactions in trusts and other securities.

On the one hand, Rosengren publicly expressed concerns about the overheating of the US housing market, but on the other hand, he is also active in real estate-related securities investment. Although the Boston Fed officially stated that Rosengren’s investment complies with ethics and time frames, potential conflicts of interest are difficult to convince everyone.

Although the two Fed presidents have expressed their views, their investment behavior is in line with ethical standards. However, given that every word and deed of Fed officials can influence market trends, as senior internal officials who have influence on the Fed's decision-making, can they completely clear out conflicts of interest?

At present, Fed officials can still actively buy and sell most stocks and some types of bonds within certain restrictions. How can this make the market believe that the Fed’s actions are entirely based on the public's rather than personal interests?

Last year, as the local chairman of the Federal Open Market Committee who has voting rights, Kaplan has traded stocks many times. According to financial disclosures, of the 27 stocks, funds or alternative assets he personally holds, each type of asset is worth millions of dollars. At the same time, he also carried out over $1 million trading operations on 22 stocks or investment funds last year, covering Apple, Alibaba, Amazon, Boeing, Facebook, S&P 500 ETF, etc.

It is worth noting that among the above-mentioned assets, iShares US Floating Rate Bond ETF (iShares Floating Rate Bond ETF) is also used to invest in the US fixed-income market. The main investment is USD denominated for more than one month and less than five years. Floating rate notes. Given that the Federal Reserve can directly affect the trend of short-term U.S. debt through the adjustment of the federal funds rate, and Kaplan had the right to vote last year, will he influence the decision for his personal interests when formulating policies and participating in voting? Will his public remarks be imperceptibly affected because of his personal interests? According to the Fed's rotation system, Kaplan will not have voting rights this year, and will have policy voting rights in 2023.

As a representative of the Fed’s hawks, on August 26 this year, Kaplan expressed his hope to announce a reduction in September, and at the same time expressed concern about inflation and the financial market, especially the bond market. And on August 20th, he just changed his attitude to his consistent support for downsizing, saying that he is paying close attention to the impact of the delta mutant virus on the US economy. If the delta virus continues, he may adjust his views accordingly. It is worth noting that Kaplan, who was appointed chairman of the Dallas Federal Reserve Bank on September 8, 2015, worked at the US investment bank Goldman Sachs and became a partner of Goldman Sachs in 1990 and served as the co-chair of the partnership committee of the company.

Of course, they can also choose the confidential delegation method effortlessly, allowing someone who does not have a communication relationship with them to trade their accounts. In this way, they can still benefit from such trading methods, while ignorant of the actual changes in the account until after they leave the Federal Reserve position. Frenkel pointed out that Fed officials did not choose to do this, but chose to give up all their interests, so that there would no longer be any signs of conflict.

At the same time, the behavior of the Fed's senior officials in trading stocks is also very different from insider trading. Frenkel said that insider trading refers to transactions that use undisclosed specific information. Fed officials use important basic information, and they have extensive experience with the Fed’s code of conduct, knowing when to trade and not to trade.

Who is the richest official of the Federal Reserve? I am afraid it is not Kaplan, who is known as the "stock god".

According to documents disclosed by the market, the current Fed Chairman Powell is probably the richest Fed Chairman in decades. When he was nominated for the post of Fed chairman in 2017, US media reported that Powell was the richest Fed chairman since the 1940s, with a net worth of between $19.7 million and $55 million. The documents disclosed in 2019 show that his net assets have shrunk slightly, between $17.7 million and $54.9 million. It is reported that most of Powell's income was obtained as a partner of private equity Carlyle Investments from 1997 to 2005.

When money and policy are put together, the market is always worried and confused. Frenkel said that when a person sits in a position of authority after years of accumulating a lot of wealth, it will be speculated that he will use the position of authority for his own benefit. If they cross any red line, they can be sure that there is no doubt that there are moral or other more important issues. Senior Fed officials have sufficient market experience and have held important positions in Wall Street institutions. They know when they can trade and when they cannot. At the same time, precisely because their actions can affect interest rates, markets, and monetary policies, the most prudent way is to liquidate their holdings to reduce disputes from the outside world.

So, given that the two Fed’s local chairmen proved themselves “innocent” through liquidation, should Powell also consider liquidation and leave?

Disclaimer: The pictures are from the Internet,
if there is any infringement, please contact to delete.
share
 
 
Related tags
Federal Reserve Stock god
Related articles