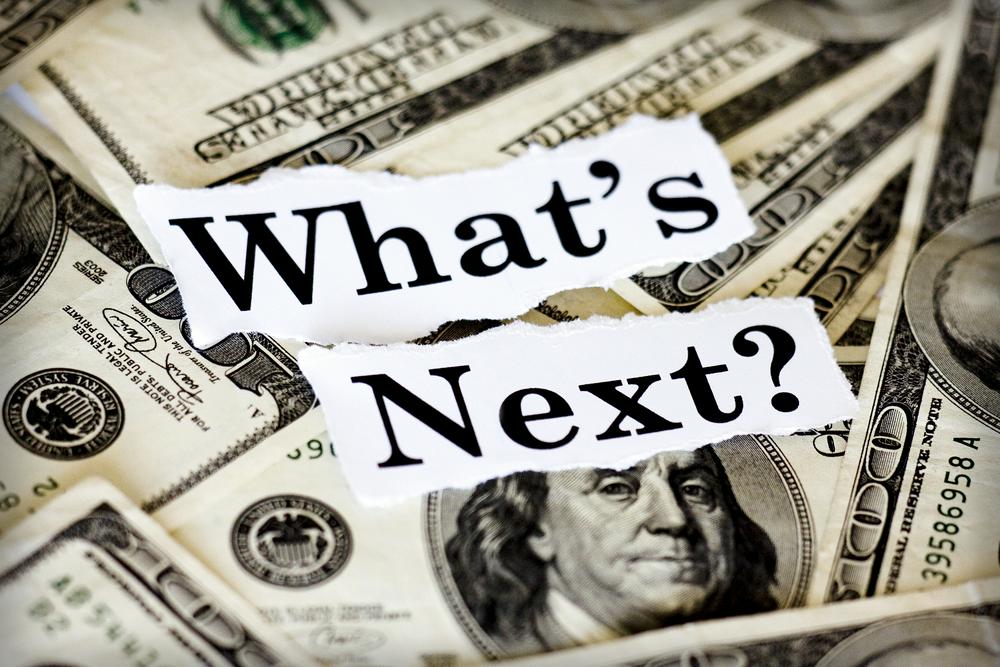 As a large amount of US dollars continues to flood the financing market, the market's demand for the Fed's reverse repurchase tool continues to surge.

At the same time, this is also the 24th consecutive trading day (since August 11) that the use of the Fed's reverse repurchase tool has exceeded the trillion-dollar mark. There are various signs that although the month-end effect at the end of last month has ended, the problem of excess liquidity in the US money market has not only been slow to alleviate, but it is also continuing to deepen.

Overnight reverse repurchase has the function of withdrawing liquidity. Qualified counterparties such as money market funds and banks deposit cash in the Federal Reserve in exchange for high-quality collateral such as U.S. Treasury bonds.

Statistics show that the Fed’s reverse repurchase tool started this year in March. However, until the end of mid-May, the usage of overnight reverse repurchase operations has remained roughly at the conventional level of less than US$200 billion. However, since the Federal Reserve's decision in June to raise the reverse repurchase rate (ON RRP) by 5 basis points, the use of this operation has continued to surge and continue to set high records.

The amount of liquidity has nowhere to go

In recent months, the use of the Fed’s reverse repurchase tool has soared. In addition to the increase in the reverse repurchase interest rate, the tool itself has become more attractive. The most fundamental reason is still the huge amount of market nowhere to go. Liquidity-The Fed's unlimited purchases of assets and the reduction of cash balances by the U.S. Treasury Department have both exacerbated the expansion of market liquidity.

As of the first week of September, the Fed’s balance sheet has expanded to 8.34 trillion U.S. dollars, almost double the peak of QE history in more than six years after the subprime mortgage crisis.

At the same time, the U.S. Treasury Department has reduced the issuance of Treasury bills in the past few months as it approaches the debt ceiling, which has further increased the demand for money market assets, and investors are scrambling to find places to store cash. Those institutions that can use the Fed's reverse repurchase tools naturally choose to keep their funds there, pushing this number to continuously refresh historical highs.

Previously, some industry insiders had expected the Fed to start the process of reducing QE as soon as possible this fall, which would improve the situation of market liquidity.

However, as Fed Chairman Powell’s attitude is still dovish, and the recent delta raging has also made Fed officials cast a mouse bid, the possibility of the Fed’s announcement of Taper at the September interest rate meeting next week is extremely slim, and the industry generally expects it to be more likely. The announcement may be held until November, and the distant water is destined to be difficult to quench the thirst of the near.

Societe Generale predicted at the beginning of this month that the use of reverse repurchase tools may continue to rise in the future. The main driving force is "decrease in the supply of short-term debt, the increase in reserves brings excess cash, and the inflow of funds into ultra-short-term bonds."

When will it really reach the top?

As for when the peak of demand for overnight reverse repurchase tools will appear, it is still a difficult question to determine. Insiders in the industry had previously predicted that by the end of this year, the amount of cash attracted by this tool may exceed US$2 trillion.

Subadra Rajappa, director of strategy at Societe Generale, said that this may ultimately depend on the time when the US government resolves the debt ceiling. The current market expects that the two parties in the US Congress may be deadlocked until October or even early November. Thereafter, the US Treasury Department will be able to increase the supply of short-term debt to provide investors with another option.

And JP Morgan Chase strategists predicted in the second half of last month that even if the Fed starts to reduce the $120 billion in asset purchases per month, this distortion will continue. Even if the Federal Reserve completes the reduction in August 2022, as the bank expects, there may still be an additional US$850 billion to US$1 trillion in liquidity injected into the financial system. Although the US Treasury bond issuance is expected to rebound once the debt ceiling is resolved, it is still difficult to say when it will happen.

In addition, the Fed currently has a relatively open attitude towards absorbing liquidity through overnight reverse repurchase tools. The Fed has taken a series of measures to increase the capacity of RRP this year, such as increasing the transaction limit of each counterparty to 80 billion U.S. dollars. The Fed’s July minutes even showed that if a considerable number of users reach the limit, it will The cancellation of the US$80 billion RRP cap may be more appropriate.